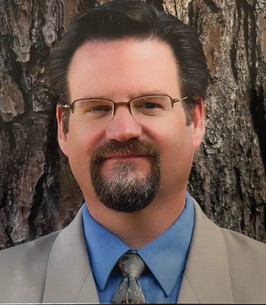 Paul Gregory Cornelius drew a peaceful, final breath on the afternoon of May 24, 2022.
Paul was born in Pasadena, Texas on September 10, 1962. He was the youngest of four children born to Gerald and Bobbye Faye Cornelius. When he was six years of age, he and his family moved to Cincinnati, Ohio. Besides a short time living in Oregon, he spent most of his growing up years in Ohio. After graduating high school, Paul got his bachelor’s degree in religion at University of the Cumberlands.
After working in various ministries, Paul enlisted in the Air Force. During this time, he served in Desert Storm and was stationed in Turkey, Germany, and Kuwait. He was awarded “Airman of the Year” as well as other awards. While in the Air Force, he was sent to Arizona where he met his wife, Dana. After he finished eight years of service they moved to Texas. During their time in Texas, Paul served several years in different ministries, sharing the gospel to others.
Paul and the family then moved to Virginia to be near Paul’s elderly mother. Paul lived nine years in Virginia, where he started Days of Noah Ministries. Paul with his family began traveling around the United States sharing the Gospel at fairs, churches, and schools. Many came to Jesus though this ministry. God led Paul and his family back to Texas where he became the Executive Director of the Discovery Center, while continuing the ministry of Days of Noah.
Along with being a loving husband, father, and evangelist, Paul was a devoted Cincinnati Bengals fan, American patriot, and singer. He had a God-given talent and love for singing and performing, competing in many talent and singing competitions.
Paul’s love for his family was matched only by his love for God and the Gospel. He spent his entire life living for God, serving people, and sharing the good news across America.
Paul is preceded in death by his parents, Gerald and Bobbye Faye Cornelius.
Paul is survived by Dana, his wife of twenty-nine years, his sons, Landon, Britton, Dominic, and Reagan; daughters, Sierra, Kendra, Brisa, and Obrianna (daughter-in-law); and grandchildren, Roland, Fern, and Tristan Paul.
Paul has three siblings, Jerry, Niles, and Anna.

All rights reserved. This obituary is also archived at obittree.com